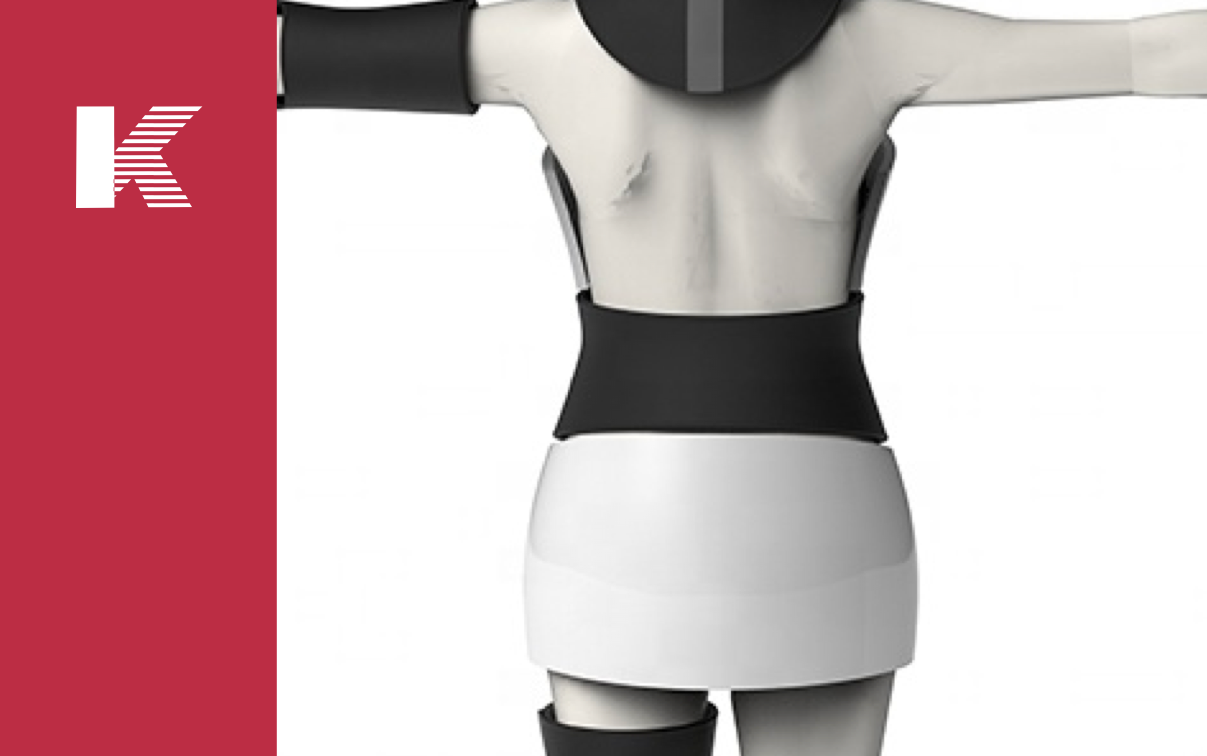 Why Do We Get Stretch Marks?

A stretch mark is a type of scar called striae, meaning “thin, narrow scar”. In people who develop stretch marks, the skin has stretched faster than it can grow, such as during pregnancy, growth spurts, or rapid fat or muscle gain. The abrupt stretching causes the collagen and elastin proteins responsible for the skin’s structure and elasticity to rupture. This, in turn, causes the dermis to tear.

As the dermis tears, the body’s healing mechanisms spring into action to close the wound as quickly as possible to prevent infection and further damage.

Normally, as the skin regenerates and grows, it’s an elegantly organized latticework of collagen and elastin proteins. But when the skin tears, the body doesn’t have time to build an elegant structure to fill in the gap. Time is of the essence in any wound repair, including torn skin.

The collagen clumps together hurriedly, aiming for efficient closure of the wound before infection can set in. “Scarring is the result of a system that has learned to respond extremely quickly to a wound,” says Dr. John Newman, a cosmetic surgeon and researcher at the Laser Center of Virginia in Virginia Beach.

This haphazard process results in tough and functional but unattractive tissue — what we know as a scar. “It is kind of like nailing down a crisscross of two-by-fours over a hole in a deck,” says Newman. “It seals the hole, but it doesn’t look very nice.”

Newly formed stretch marks are darker than the surrounding skin and can be slightly raised, itchy, or painful. If they’re left untreated, they become permanent scars. Their color will lighten, and their appearance will fade below the top layer of the surrounding skin.

The bigger mystery is why stretch marks don’t disappear over time as the skin regenerates. The key lies in the information that emerging cells receive from adult cells in the area. Skin cells, whether they’re normal cells or scar cells, regenerate about once every 30 days. Growth of new skin cells begins at the bottom-most layer of the scar, and older (dying) cells are pushed to the surface where they naturally slough off.

If you have tried to get rid of stretch marks, perhaps you’ve used specialized creams that contain retinoids. These work to some extent, but only if you catch your stretch marks early and treat them while they’re still forming. Retinoids work by stimulating collagen production. However, they can irritate sensitive individuals, and doctors often recommend that pregnant women avoid anything containing retinoids.

Another common treatment, known as microdermabrasion, essentially involves “sandblasting” the skin with tiny crystals. This sloughs off dead skin

cells and stimulates the production of collagen. Microdermabrasion is a fairly harsh treatment that can lead to irritation and damage, especially to sensitive skin.

The most extreme treatment for stretch marks is plastic surgery, such as a mini tummy tuck. This may be effective, but there are risks associated with any invasive procedure and the high cost.

When red light therapy is used, visible red light and invisible near-infrared (NIR) light are applied to the skin with LED bulbs' devices. Wavelengths of light are measured in nanometers (nm), with red light ranging from 630nm to 660nm and NIR light ranging from 810nm to 850nm. Human cells respond favorably to these wavelengths, similar to how natural sunlight affects plant cells by stimulating more energy and optimization of cell function.

When the red light is shone on bare skin, it soaks into the mitochondria, colloquially referred to as the powerhouses of cells' energy factories. The mitochondria are, in turn, stimulated to produce more adenosine triphosphate (ATP), which is the primary cellular fuel. This energizes cells to perform their normal functions, from fighting off pathogens to performing repair and regeneration.

Proper healing relies on good circulation to the skin. Red light promotes the proliferation of endothelial cells, which make up the inner layer of capillaries (the tiny blood vessels that deliver oxygen and nutrients throughout the body). This was the focus of a 2017 study by a team of researchers from Austria, who found that red light consistently increased migration and proliferation of endothelial cells.

Without proper blood circulation, there would be no healing since endothelial cells also deliver white blood cells to the sites they need. In skin wound healing, white blood cells are necessary to protect the vulnerable area from infection while the wound closes up.

Acute inflammation results in the redness that’s noticeable in fresh stretch marks. This is a normal and necessary part of the tissue regeneration scar's process. Acute inflammation, which is a function of the immune system, actually sets the stage for normal tissue repair and regeneration. Inflammation is quickly followed by the production of new skin structures — which, as previously described, are hastily assembled to ensure that the torn skin doesn’t become infected.

But sometimes, the inflammatory process continues after the wound has healed, leading to chronic inflammation. It can lead to a variety of widespread problems throughout the body, including disease. “Some inflammation is good,” says Dr. Robert H. Shmerling, an associate professor of medicine at Harvard Medical School. “Too much is often bad. The goal is to recognize when inflammation is simply doing its job, and when it can potentially cause problems.”

Hundreds of studies have shown how red light therapy can significantly reduce inflammation. Many of these were conducted by Dr. Michael A. Hamblin, an associate professor of dermatology at Harvard Medical School and a noted expert on red light therapy. In the final report of a 2017 study, Hamblin refers to red light therapy’s “pronounced anti-inflammatory effects.”

During the skin-rebuilding phase, stem cells, which are unspecialized “master” cells, mobilize to the site and develop into most any type of specialized cells that are needed by the body. Ideally, they develop into normal skin cells, rather than scar tissue, to replenish damaged or destroyed cells due to skin tearing.

Red light has been shown to activate stem cells. As Barbara Gefvert, editor-in-chief of BioOptics World, explains: “Recent research shows … that noninvasive application of light can boost the natural growth of an individual’s own stem cells to enable exciting new treatments.” Stem cells can assist with the tissue regeneration process and stimulate normal and healthy behavior in existing cells. This can prevent the formation of new stretch marks and gradually reduce the appearance of existing stretch marks.

The Beauty and the Beam: the Magic of the Red Light Therapy.

Blue Light Therapy for Acne: Does it Work?