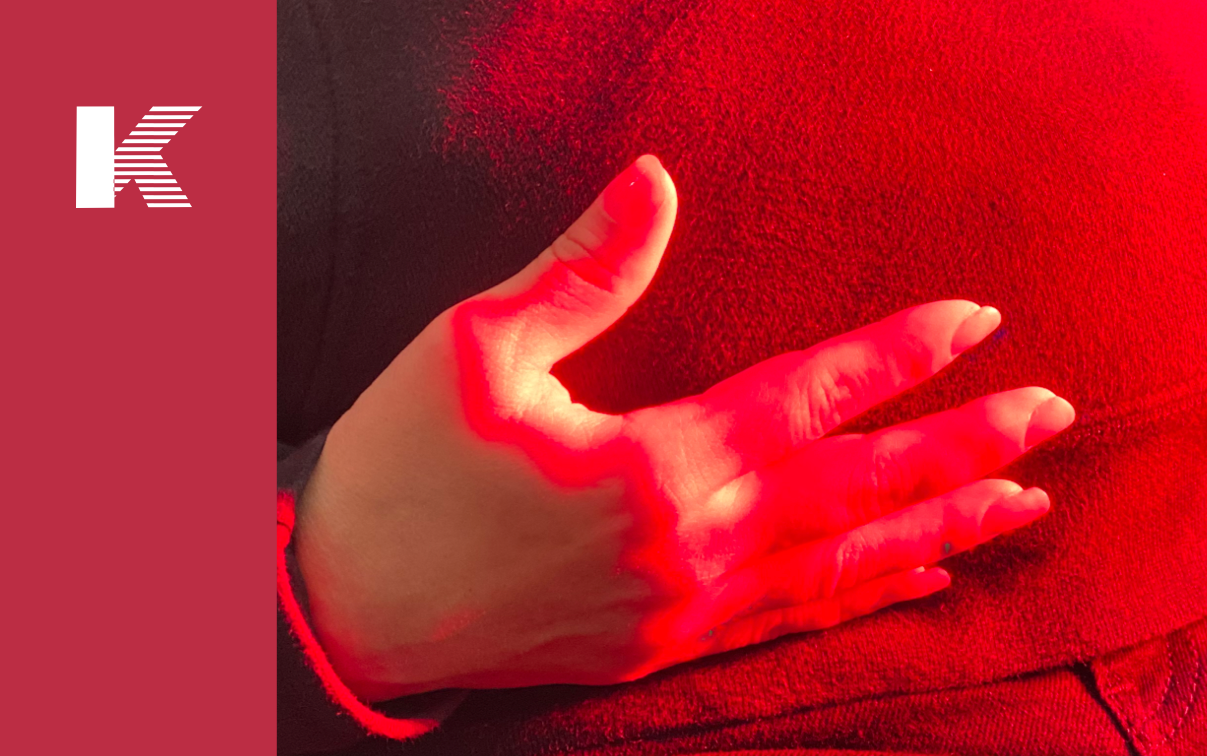 There is hardly a day in my various professional roles as a scientist, science watcher, or clinician without encountering new information or a new scenario that highlights the complexity of biology and biological systems. Such occurrences warrant careful evaluation and oftentimes lead to new management strategies or form the basis for further scientific investigation. This is inevitable as the knowledge base expands and our understanding of the variables potentially impacting our strategies and outcomes increases. We continually learn, re-learn and refine what we do and how we do it. The survival and performance of human spermatozoa in vitro is one evolving story that has far-reaching implications in numerous fields in addition to human reproduction.

Infertility is a problem that affects 15% of couples. Male reproductive issues account for one-third of infertility cases, with another third caused by combined male and female reproductive issues or unknown etiologies. Several strategies, including in vitro fertilization (IVF) techniques, are employed clinically to assist infertile couples in their quest for a successful pregnancy. Viable, strong, and normally motile sperm are critical to the success of IVF. It is well-known that spermatozoa in standard culture weaken and lose viability and motility at 12 hours and that by 42 hours, only about 52% remain viable. Fewer strong and motile sperm reduce the probability of a successful IVF cycle. Protocols that could improve viability and performance of sperm in vitro would be of great interest to clinicians and patients alike.

At low concentrations, reactive oxygen species (ROS) act as second messengers that regulate increases in cyclic adenosine monophosphate (cAMP), the activation of protein kinase A (PKA), the phosphorylation of PKA substrates of the arginine-X-X-(serine/threonine) motif, the phosphorylation of extracellular signal-regulated kinase (ERK) and mitogen-activated protein kinase (MEK) proteins and the threonine-glutamate tyrosine motif, as well as fibrous sheath protein tyrosine phosphorylation. These functions are involved in sperm capacitation, acrosome reaction, and oocyte fertilization.

ROS are generally short-lived in vivo due to several antioxidant pathways and compounds at play. However, they are known to accumulate in both oocytes, and spermatozoa cultures, both of which can generate ROS in small quantities as required for the fertilization process.

Sommer et al. posited that polystyrene softens in the presence of aqueous solutions. This creates conditions that would cause a nanoscopic layer of ROS to become established in plastic Petri dishes in common laboratory use. This hypothesis was confirmed by evaluating the cell performance of ROS-sensitive cell lines cultured in both polystyrene and ultrasmooth nanodiamond coated Petri dishes. The cell lines tested included mouse P19 embryonal carcinoma cells, murine-derived L929 cells, and HeLa cells derived from human cervical cancer. The nanomechanical softening was demonstrated in subsequent work by this group and others.

The use of nanodiamond surface coating of culture dishes was based on the knowledge that this material is both chemically and biologically inert, with a capacity to bind a nanoscopic layer of water to its surface. Sommer demonstrated that the material and this nanolayer were, for practical purposes, ROS-free. They subsequently reported that culturing human sperm cells in diamond-coated Petri dishes rather than the polystyrene dishes typically used for IVF resulted in approximately 20% greater cell survival at 42 hours in the nanodiamond coated cultures. This confirmed that the culture dishes themselves play a role in sperm survival in vitro. That accumulation of ROS on the polystyrene surface is a causative factor in decreasing viability over time.

Sommer et al. went further exposed the cultured spermatozoa to red light at 670 nm. Light at this wavelength is known to be absorbed by cytochrome C oxidase and other molecules, stimulating ATP synthesis and affecting ROS production, among numerous other activities at the cellular, tissue, and whole organism level. However, the caveat is that the light dose and dose rate are important and that all cells and tissues are not equally responsive to photoirradiation.

They found that the number of sperm cells demonstrating grade A motility was enhanced by nearly 300% after 1-hour contact with the nanodiamond coated quartz Petri dishes compared to the counts obtained for spermatozoa in the polystyrene Petri dishes. They also observed that sperm motility was significantly different after contact with polystyrene and nanodiamond when longer periods of photoirradiation were applied. A 3× higher light dose was detrimental to the motility of sperm in polystyrene plate cultures, resulting in a reduction of counts to those of the control group at 45 and 60 minutes post-exposure. The same light dose delivered to spermatozoa cultured in nanodiamond dishes produced a dramatic increase in progressive motility.

This series of experiments demonstrates that diamond Petri dishes and NIR light delivered at specific parameters energize sperm cells in a complementary fashion, whereas polystyrene Petri dishes exhaust them. The red light counteracts internal oxidative stress due to ROS production in mitochondria by suppressing ROS accumulation and enhancing ATP synthesis. Simultaneously, the diamond substrate prevents the build-up of a layer of interfacial ROS between the sperm cell and surface of the culture plate.

Photobiomodulation (PBM) describes the ability to stimulate or inhibit cellular functions by using light at specific wavelengths, intensities, and dosing regimens. The classically described PBM treatment window is between 600 and 1,200 nm. Light in this portion of the spectrum readily penetrates skin and tissues via the so-called optical window. Light is absorbed by various structures and molecules, primarily molecules that are instrumental in energy production and oxygen delivery.

PBM effects depend upon timing, site of treatment, and treatment parameters (dose). PBM has shown efficacy clinically in accelerating wound healing, reducing pain and inflammation, and benefiting other applications, including the treatment of neurologic disorders and injuries.

The mechanistic basis for the outcomes observed after using photobiomodulation therapy (PBMT) results from the upregulation of intracellular metabolism by increasing ATP production, augmenting other metabolic pathways, and reducing ROS and other free radicals production.

The interaction of photons with cells and cellular structures is a necessary condition for PBM. We have learned that all cells and tissues don’t respond to PBM and that one size does not fit all when determining the dose or treatment course. Different photobiomodulation effects have been described depending upon the specific cell lines and species being investigated. Our laboratory demonstrated that cell proliferation and metabolism in vitro could be influenced by varying the dose frequency or treatment interval of the PBMT (17). We have also demonstrated this same phenomenon regarding wound healing in a murine pressure ulcer model. These investigations underscore the concept that a unique dose frequency combination exists for tissues and cell lines. This specific treatment paradigm must be determined to optimize outcomes and maximally stimulate cellular metabolism and proliferation. Our work also demonstrated that using other treatment strategies will paradoxically cause big inhibition, despite delivering the same total energy.

It is becoming increasingly apparent that biological systems are quite complex. They contain numerous pathways poised to work in concert with, or in opposition to, depending upon the organism's current needs. We are beginning to understand that these systems utilize several common denominator substances and reactions and that these can be manipulated using several forces, including light.

As scientists and clinicians, we apply what we have gleaned from the laboratory to solve clinical problems and to form the basis for further investigations. We often base these decisions on results obtained using various cell, tissue, and whole animal models, presuming that these models are translatable to our specific applications. Careful in vitro studies can be powerful tools that guide the design of whole animal and human trials. They facilitate the efficient and reproducible screening of a matrix of treatment parameters. We presume that the animal models we develop accurately reflect the actual biology and physiology found in nature.

Abolins et al. recently demonstrated that laboratory and wild mice's serological, cellular, and functional immune responses differ. Wild-type mice have a population of highly activated myeloid cells that are not found in their laboratory counterparts. The point here is that laboratory models and laboratory conditions, in all likelihood, do not entirely replicate nature.

Sommers’ work demonstrates that PBM with a red light at 670 nm improves spermatic function and viability in vitro. This effect augments the beneficial effects of using nanodiamond coated culture dishes. It also demonstrates that various cell lines respond differently to similar manipulations. This body of work also highlights the fact that the ubiquitous polystyrene culture dish can have a deleterious effect on outcomes. We would do well to recognize that the seemingly innocuous may not be and that we should remain cautious as we interpret experimental results and attempt to apply them. Every detail matters, even the seemingly mundane.

Could Red Light Therapy be the Cure for Low Libido?

Fetuses May be Able to See More Light than you Think