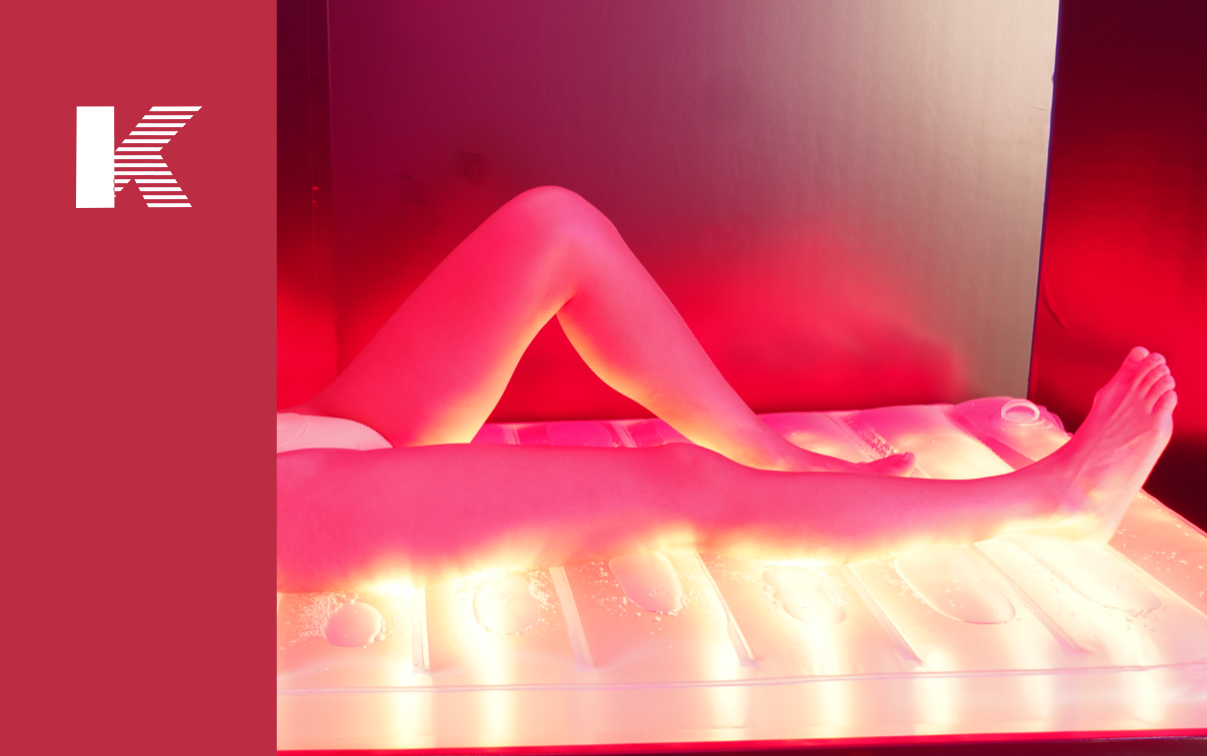 Restless legs syndrome (RLS) is a condition that causes an uncontrollable urge to move your legs, usually because of an uncomfortable sensation. It typically happens in the evening or nighttime hours when you’re sitting or lying down. Moving eases the unpleasant feeling temporarily. Doctors think RLS may be worsened by microvascular problems. This means that there is not enough blood flow and oxygen getting to these parts of the body.

Near-infrared (NIR) light is one therapy being used to help oxygenate tissues and treat RLS.

What is near-infrared light therapy?

Near-infrared (NIR) is the region closest in wavelength to the radiation detectable by the human eye. Mid-and far-infrared is progressively further from the visible spectrum. NIR light therapy uses light to bring oxygen to tissues. Small sticky pads or a handheld light-emitting device are placed on your legs. Light of a particular wavelength passes from the patches or device through your skin. NIR light aims to increase blood flow. The extra oxygen that comes with the blood could help control your RLS symptoms.

How does NIR light therapy work?

A lack of blood flow could be a reason for bad symptoms. The body normally pumps blood and fresh oxygen to all its tissues. If there is not enough oxygen, the tissue becomes hypoxic. Hypoxic tissues may feel numb or tingly, and they may hurt.

If hypoxia in the legs and feet causes bad symptoms, then getting more oxygen to the tissues can bring relief. This can be done by getting the body’s blood vessels to vasodilate or enlarge. Bigger blood vessels bring more blood and oxygen to tissues.

NIR light therapy is called phototherapy, meaning it uses light as a treatment. Doctors think the NIR light enlarges blood vessels enough to raise the oxygen levels in the legs and feet.

NIR light therapy exposes your legs and feet to NIR light several times a week for many weeks. The light is delivered through patches that stick to your skin or through holding a small device against your leg.

For phototherapy, light passes through your skin either through sticky patches or a handheld device. Both are safe. There may be a little warming of the skin while the light is on, but this is not harmful.

What does the research say about NIR light therapy?

A 69-year-old Caucasian woman met International Restless Legs Syndrome Study Group criteria to diagnose restless legs syndrome. She had been afflicted with restless legs syndrome for over 30 years and tried many available pharmaceutical remedies without success. For this study, she received 30-minute treatment sessions with near-infrared light three times a week for four weeks. The restless legs syndrome rating scale was used to track symptom changes; at baseline, she scored “27” on the 0 to 40 point scale, which is considered “severe.” The patient was almost symptom-free at week two, indicated by a score of “2” on the rating scale. By week four, she was completely symptom-free.

Other benefits of NIR light therapy

Phototherapy increases endorphins. These endorphins are the same “feel good” chemicals your brain makes when you exercise. Endorphins relieve pain which could be another benefit to NIR light therapy.