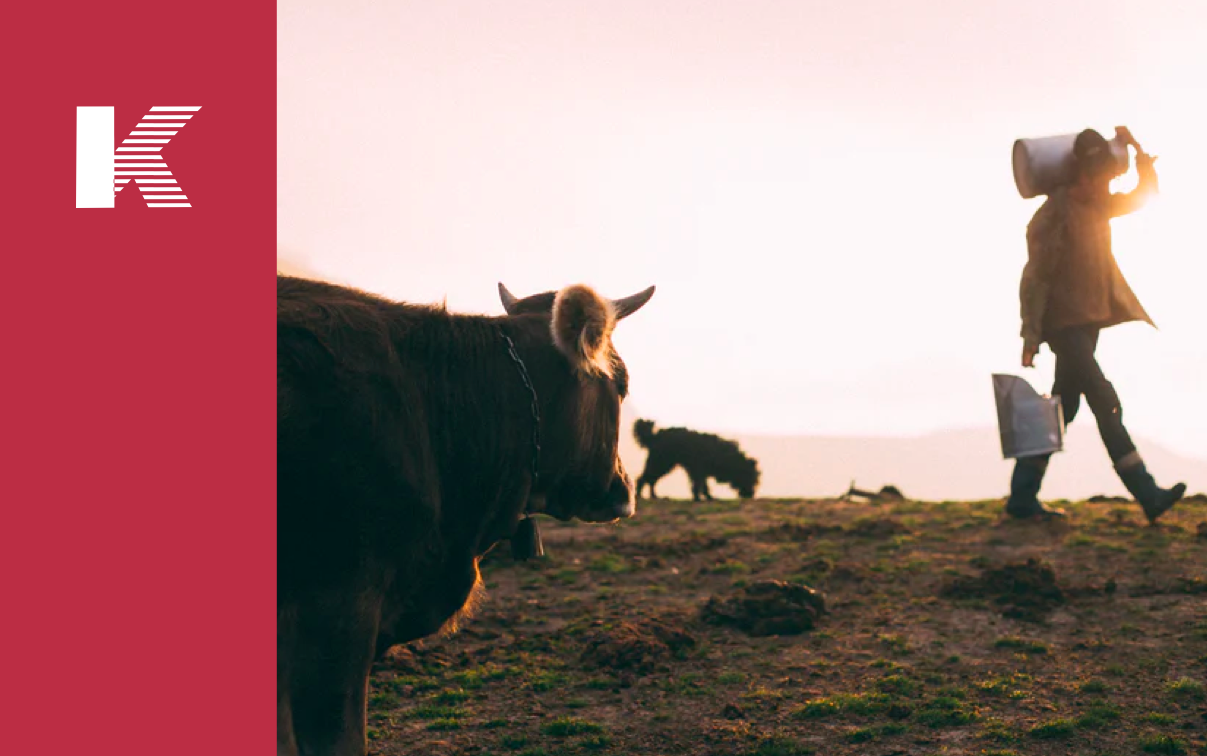 “Mastitis” is one of the major challenges for the dairy industry worldwide, as this is the most common and costliest disease of dairy animals and contributes a substantial economic loss to dairy farmers. The subclinical stage of mastitis, i.e., Sub-clinical mastitis (SCM) in the dairy cow, is a matter of great concern for farmers as its incidence is more than clinical. In most animal farms, monitoring of sub-clinical and clinical mastitis (CM) is usually performed through an indirect test such as pH, electrical conductivity, somatic cell count (SCC), California mastitis test (CMT), culture test, and biomarker tests.

Apart from these, there is a need for new rapid and sensitive technology to identify udder infections at early stages. Early detection of mastitis using non-invasive technology needs the hour to reduce the dairy industry's economic loss and farmers. Skin surface temperature is a critical indicator of an organism's bio-physiological health status due to infection-induced inflammatory reactions, local blood circulation, metabolism, and skin surface temperature increases. Thus, monitoring the emitted heat from the udder can help in the early detection of mastitis. Moreover, Infrared thermography (IRT) using the susceptible thermal camera can monitor subtle skin surface temperature changes. IRT with the mobile-based application can further play an important role in managing dairy farms on various aspects.

Good udder health is one of the important conditions for clean milk production. The adequate steps help in the reduction of udder infections to contribute to clean milk production. Therefore, researchers are trying to monitor the milking process using IRT. Moreover, the udder thermogram can assess the milking hygiene, as the udder surface's cleanliness influences the measurement results, mostly surface temperature. The major concern of udder health is related to the occurrence of subclinical and clinical mastitis. Mastitis is the inflammation of the mammary gland causing physiological, biochemical, and pathological changes in udder parenchyma, result in alteration of milk quality.

Change in udder surface temperature and its measurement using Infrared thermography (IRT) in sub-clinical and clinical mastitis vary from the healthy quarter. Various researchers documented a wide range of differences. Therefore IRT can be used as a promising tool for the assessment of udder health. But, contradictory results are available in sub-clinical mastitis detection using RT, whereas mastitis can be detected efficiently using IRT.

Use of Light Therapy in the Treatment of Bovine Subclinical Mastitis

Methods: Forty cows with subclinical mastitis (n = 40) were divided into 4 groups (control, photodynamic therapy — PDT, light irradiation — LED, and photosensitizer — PS). The control group received no treatment. The PDT group received an application of 1.0 mL of 2.5% toluidine blue photosensitizer followed by LED irradiation at λ = 635 nm. The LED group was treated with LED irradiation alone, and the PS group received only 2.5% toluidine blue dye. LED irradiation was applied to the mammary gland utilizing an acrylic light guide coupled to the LED equipment. The PDT and LED groups were irradiated with 200 J/cm2 at three different positions inside the mammary gland. Milk samples were collected at 0 h, 12 h, 24 h after treatment for microbial identification and total bacterial count.

Results: The treatment of the PDT group showed a significant difference p < 0.05, characterizing this technique's efficiency with the reduction of the microorganisms Streptococcus dysgalactiae and coagulase-negative Staphylococcus.

Conclusion: Photodynamic therapy was effective when applied in vivo for subclinical bovine mastitis. There was no need to separate the animal from production.

Mastitis is one of the major concerns of the dairy industry, which leads to huge economic loss. In addition to established laboratory methods available for its diagnosis, there is a need to address in the light of early mastitis detection by some susceptible non-invasive techniques as well. Infrared thermography(IRT)using the susceptible thermal camera can be used as a non-invasive technique. Due to udder physiological changes during subclinical and clinical mastitis, IRT can measure the subtle change in udder temperature. Thus, infrared thermography may be a suitable tool for detecting mastic animals' early detection and dairy cattle screening. As there are some limitations adhered with IRT such as sunlight, moisture, dirt, weather conditions, etc. may influence the IRT's accuracy level, there is a need to explore IRT for diagnostic purposes subclinical and clinical mastitis under Indian climatic conditions.