Effectiveness of a Light Emitting Diode System on Tooth Bleaching 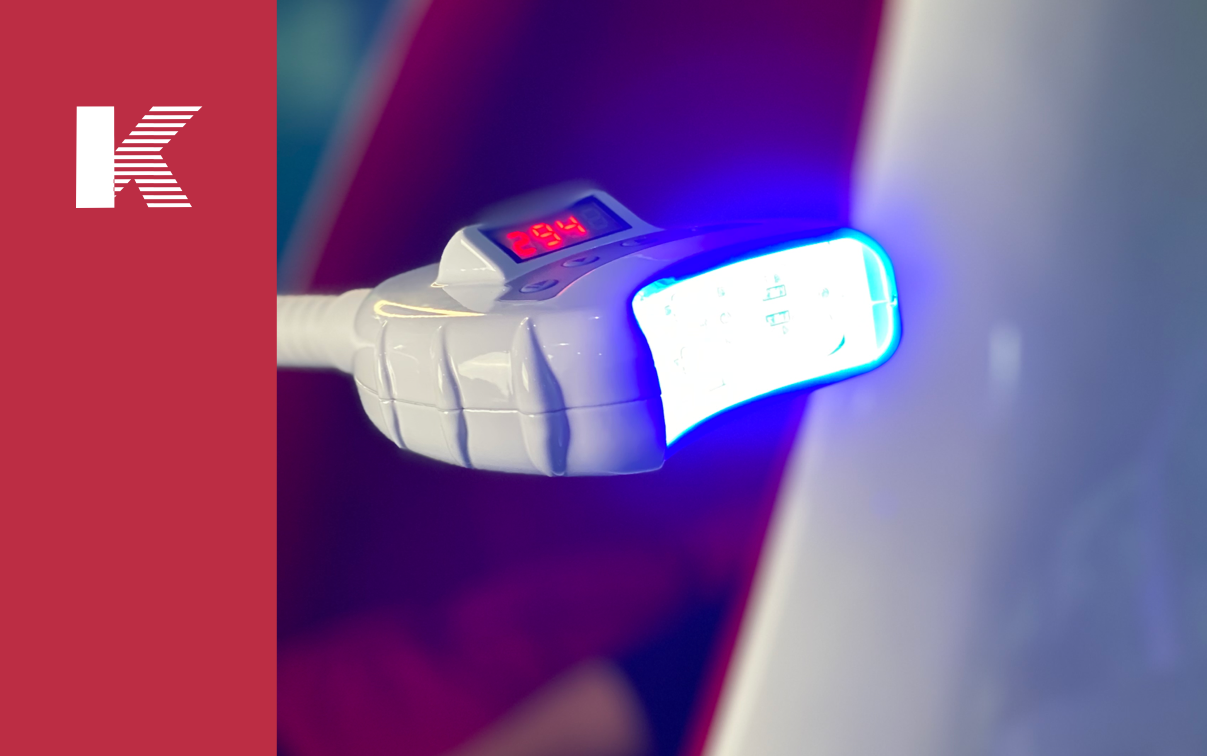 The first commercial marketing of a 10% carbamide peroxide whitener occurred in 1989. Nowadays, various treatment modalities are available, which include over-the-counter bleaching (self-administered), in-office bleaching (professionally administered), and dentist-supervised take-home bleaching (professionally dispensed). Modern society desires to see the effect of bleaching immediately, resulting in higher concentrations of chemicals used in the whiteners' composition with different light sources believed to accelerate the bleaching process. These high concentrations should only be applied by qualified people to control and prevent possible damage to oral soft tissue. Today in-office bleaching mainly uses carbamide peroxide (CP) or hydrogen peroxide (HP), which might be activated by heat or light (with a chemical catalyst) to catalyze the tooth bleaching process. It is believed that most light sources decompose peroxide faster (by increasing the temperature) to form free radicals, which whiten teeth. Various light sources are available, for example, light-emitting diodes (LED’s), lasers, halogen lamps, and plasma arc lamps (PAC). All available in Kaiyan.

A laboratory study using six different photoactivation systems on three different 35% hydrogen peroxide whiteners found that only the diode laser, halogen lamp, and LED lamp showed significant color changes. Here, the light source is more important than the bleaching agent in the whitening process. Kossatz (2011) reported a larger difference in bleaching with a light-emitting diode than without it (on 35% HP gel), with a shade guide value change of 4.8 vs. 3.8 units. However, tooth sensitivity was higher (53% subjects) for the LED treated group but only 26% for the non-activated group after 24 hours of treatment. Tooth sensitivity was also found to be persistent and higher when the LED activation was used.

In a recent (2011) critical appraisal of power bleaching it was stated that light sources used in tooth whitening do not generate sufficient heat to damage teeth. They concluded that high concentrations of chemicals are responsible for faster whitening and that light sources are therefore superfluous in the whitening process.

Today LED lights are available across the visible, ultraviolet and infrared spectrum of wavelengths. In Kaiyan Medical we can provide you with all the right devices and wavelengths. The LED light system investigated for this article is marked as a blue LED light which means the wavelength should be between 450 and 500 nm. It is also reported that LEDs can emit light of an intended color without using any color filters as in traditional lighting methods. This Kaiyan tooth whitening system is claimed to have an activating gel which prevents heat formation, has no sensitivity to teeth, prevents pulp damage, has a blue LED light with a tailored wavelength to activate their custom made gel and can whiten teeth with up to 11 shade tabs within 20 minutes.

The EA-05 model is one of our best selling teeth, whitening lights. All of the parts are made from aluminum and stainless steel.
The LED head unit reduces heat for maximum comfort during treatment.

4. Can be easily assembled/disassembled for mobility